Gorilla were tasked with designing and building a state of the art, 360 degree, teddy bear scanner for the John Lewis flagship store on Oxford Street in support of the John Lewis national Christmas TV advertising campaign featuring the cuddly penguin, Monty.

In each John Lewis Store there was to be a Monty Land, based upon the advertising campaign, which would sell Monty merchandise – including stuffed toys, onesies and a children’s book, with the Oxford Street store having the additional teddy scanning facility for children to scan their own soft toy.

The scanner was in place until Christmas Eve, doing a brisk trade taking customer’s teddies (and other cuddlies) and imaging them at 20 degree intervals using three high definition cameras to create a unique teddy animation for every consumer.

The scanning booth concept was developed by Tech Department, Microsoft and John Lewis Partnership and was made a reality by Gorilla, working to Tech Department’s specifications.

3 weeks from initial briefing to delivery.

A completely bespoke design solution which throughout its use proved accurate, resilient and reliable, perfectly meeting the client brief and delivered bang on time despite the tight project timeframe.

With a short turnaround time we elected to make as much use of standard construction materials, prefabricated parts and stock mechanisms as we could. As a result, once our engineers had finalised the design, we were able to construct and finish the scanner without recourse to special tooling or expensive custom components, helping to deliver the project on time and on budget. 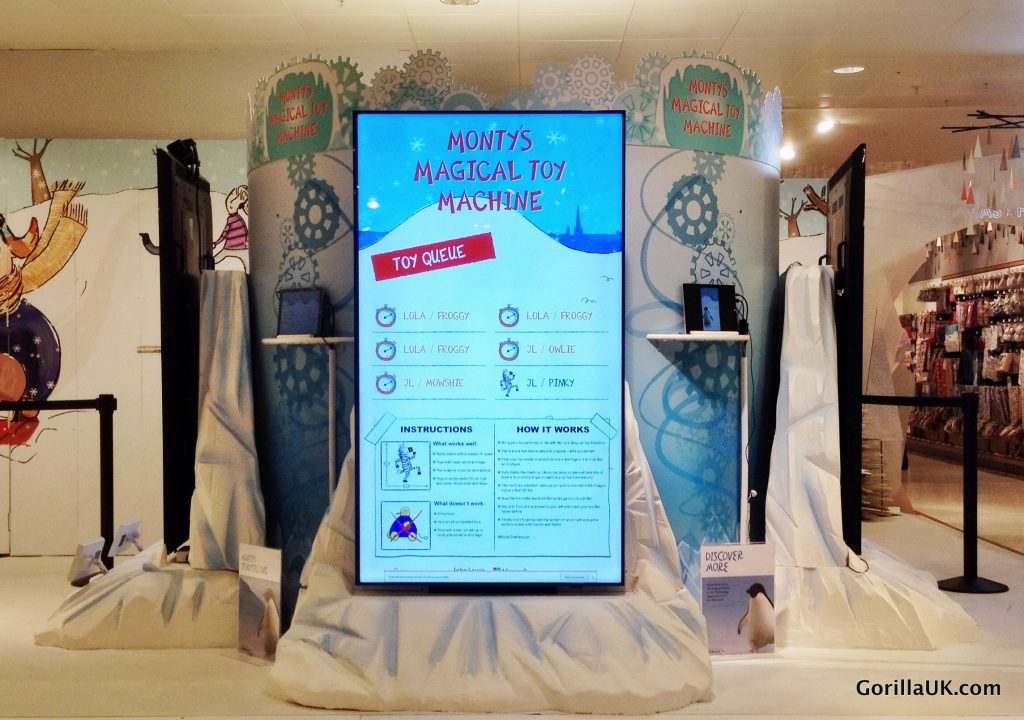 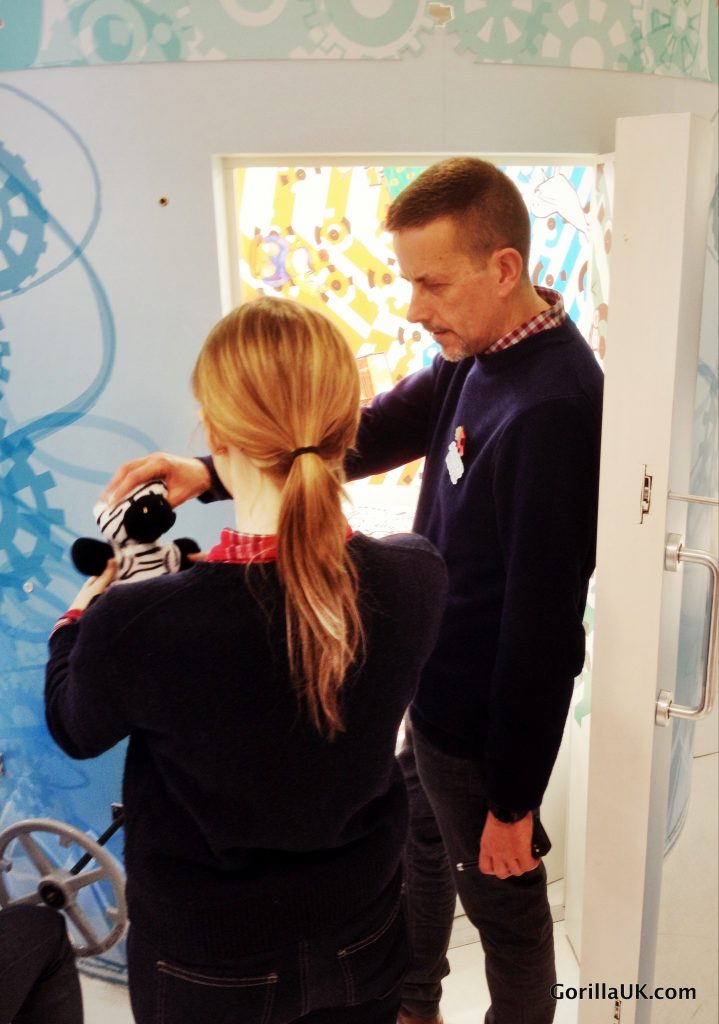 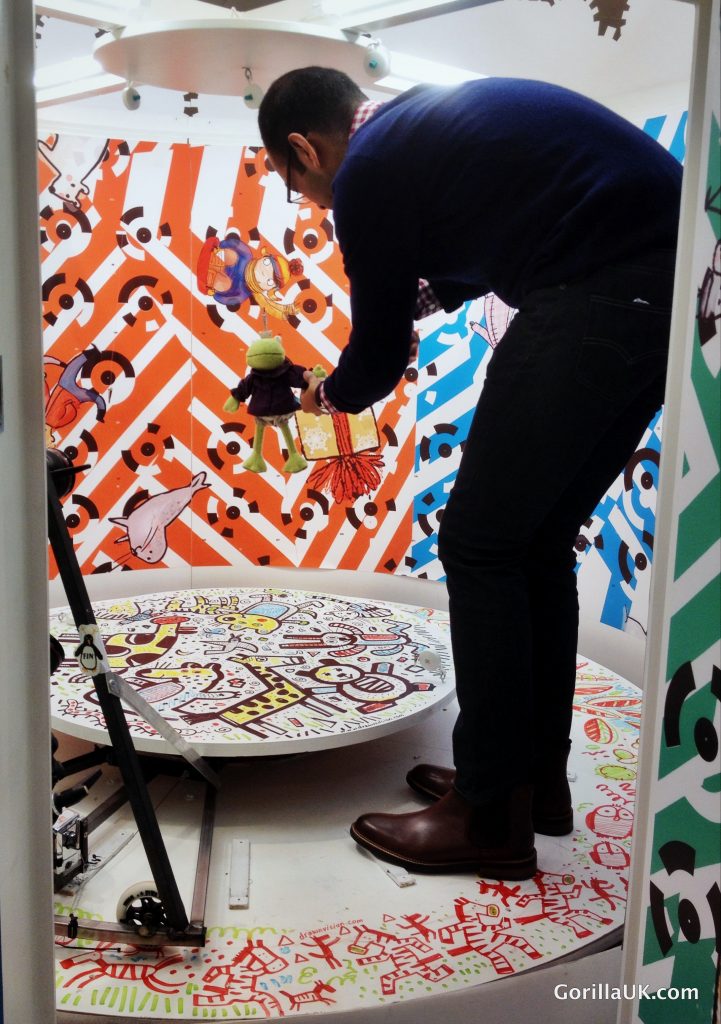 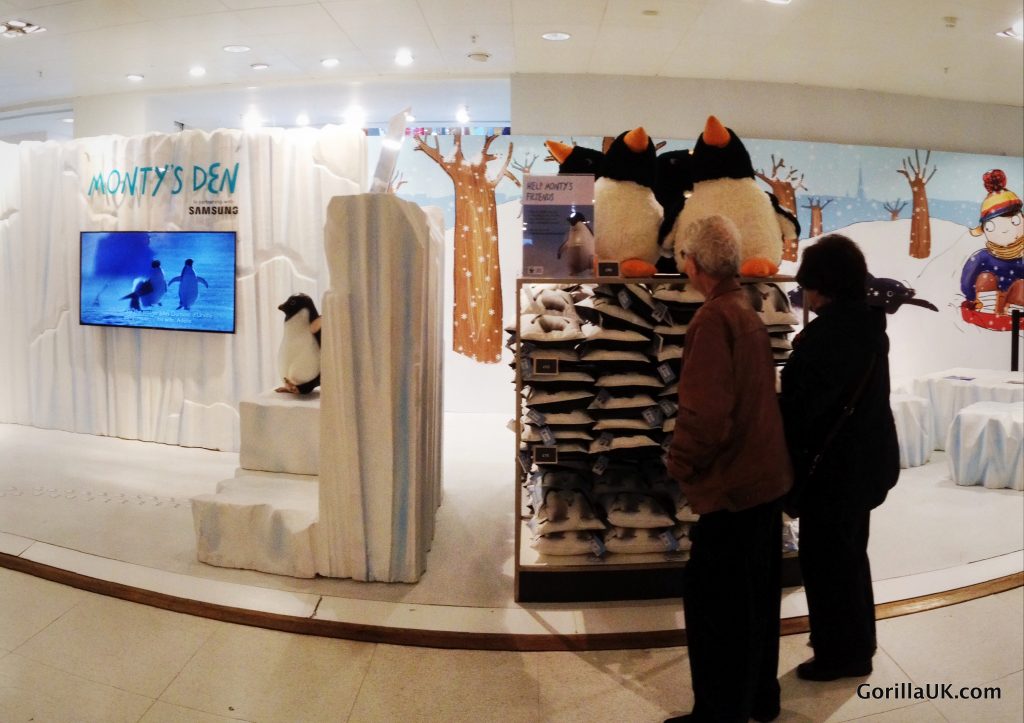 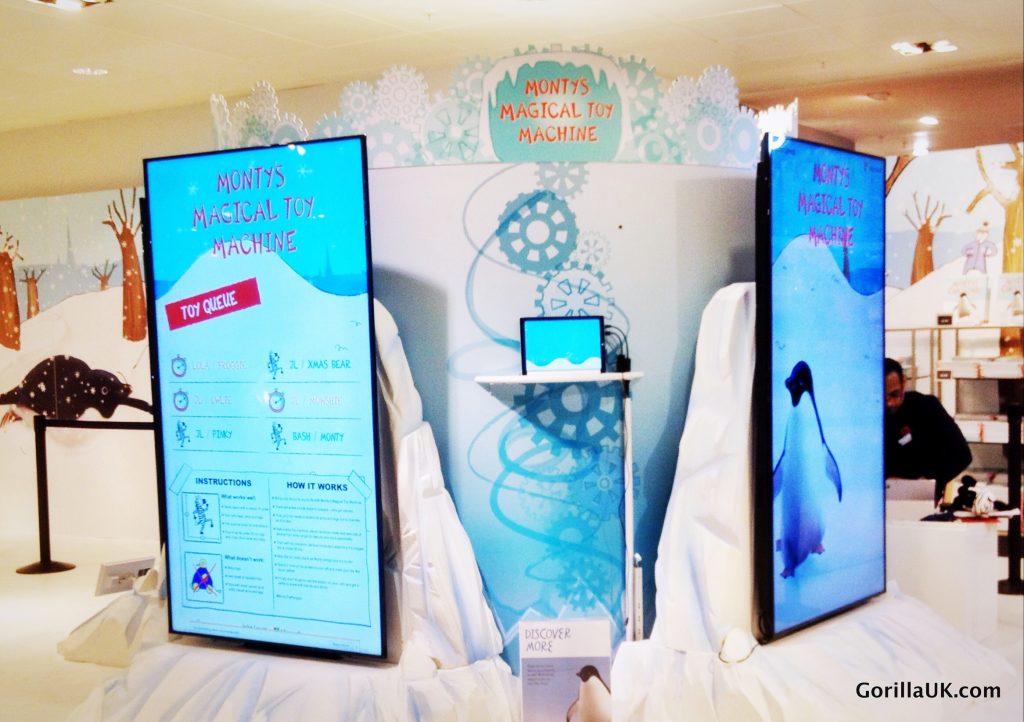 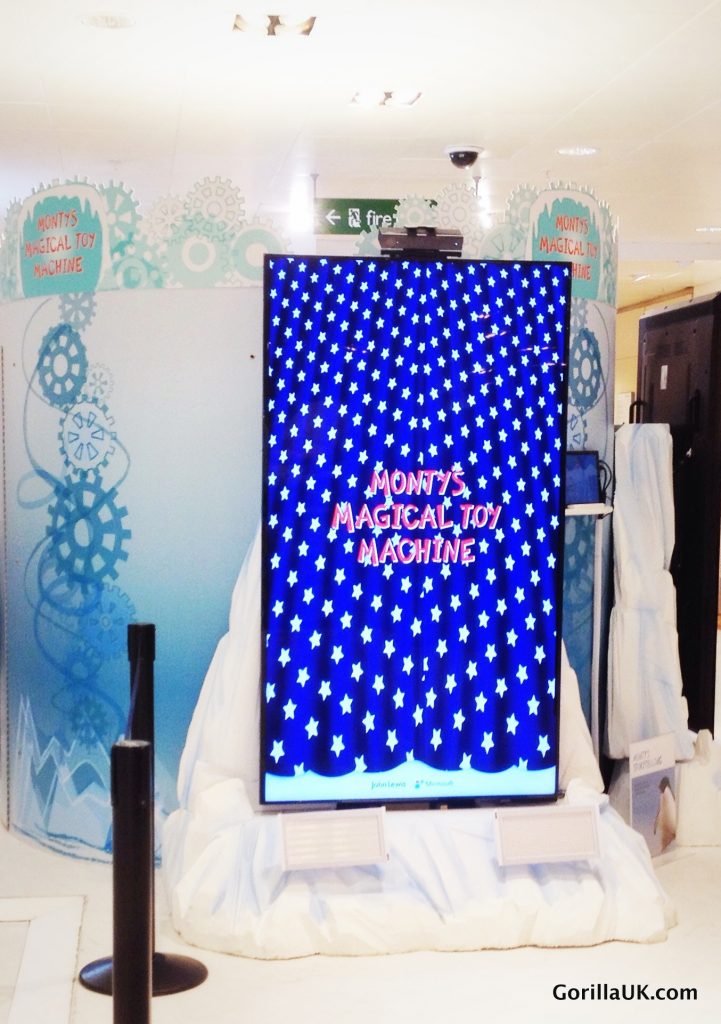 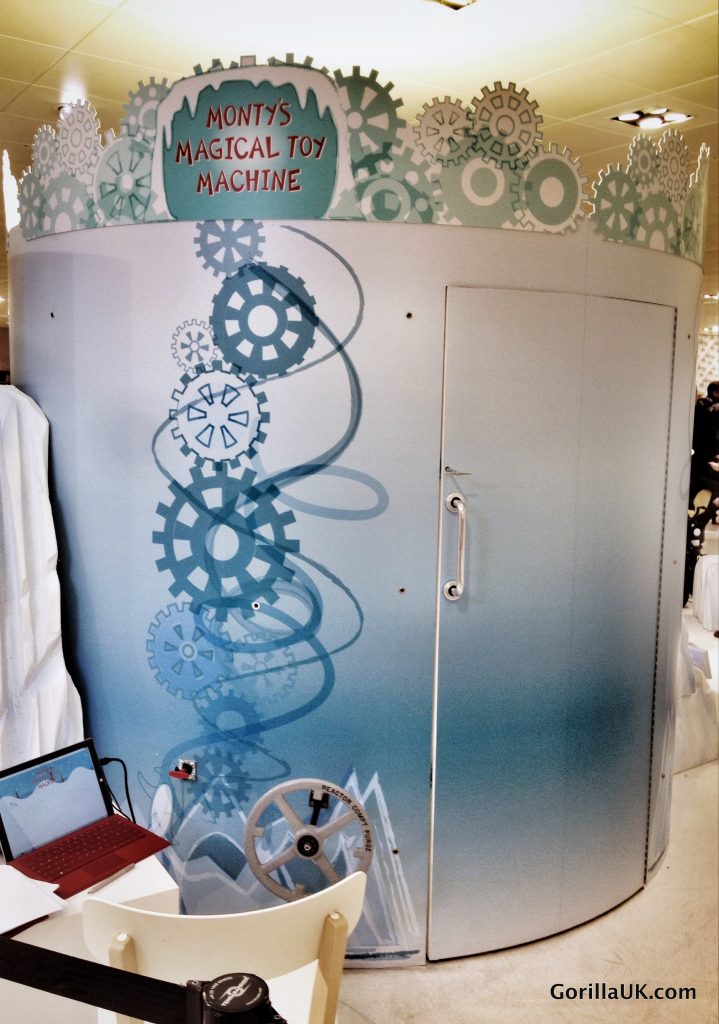 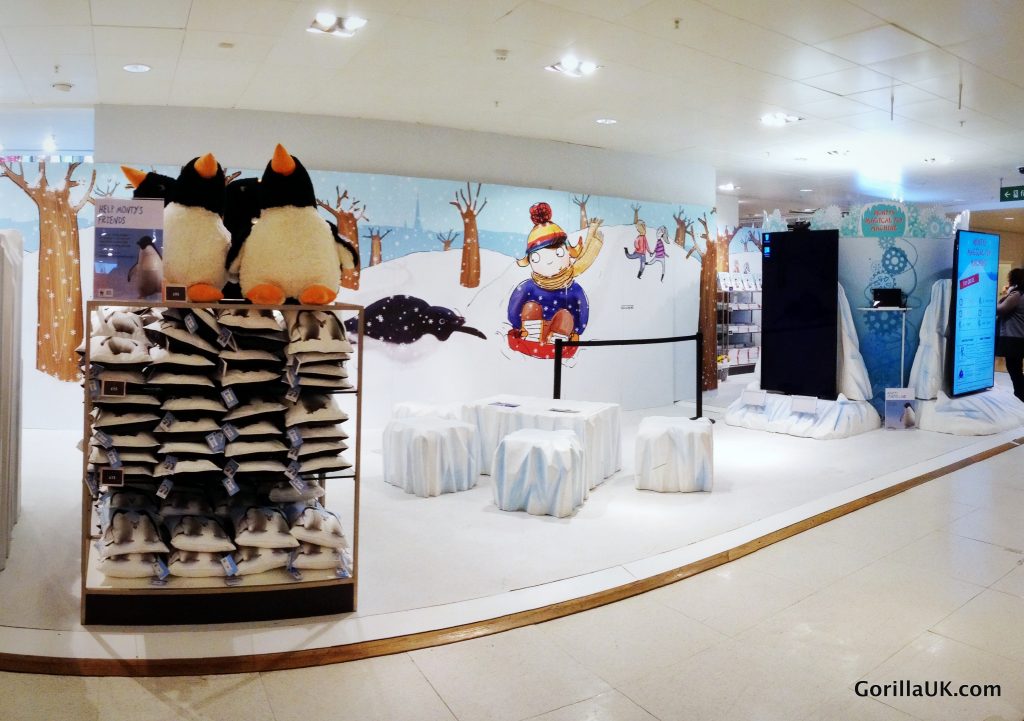